THE KEY TO TIME

The Key To Time is a dreamlike experience in which the dominant fantasy of a scientist's desire to win his love and save the world is undercut by persistent anxiety, aggression and disturbed memories. The fantasy is pegged on the structure of early 20th century space operas, such as Holger Madsen’s A Trip to Mars (1918) and hero-based science fiction serials like the 1930's Flash Gordon series, which is based on a comic-strip character created by Alex Raymond. In The Key To Time, these genres are explored from a surreal perspective. Puns, substitutions, interruptions, diversions and strange departures challenge the myth-like, narrative structures on which those genres rely to reveal underlying psychological drives and fears.

The immersive experience opens with marine weather reports warning of impending storms. Underwater imagery gives way to that of a remote observatory, outer space, and the movement of a bizarre comet with a smiling face. The design of the comet is modeled on the playful, handmade graphics of early cinema, such as Georges Melies' A Trip To The Moon (1902). Viewers find themselves inside the observatory with the scientist, Tanek. Using an invention to communicate across time, Tanek locates his lost love, Anna (Natalia Kalita, voice Emily Albrink). He will try to travel to her through dreams. But dreams can be dangerous places, and soon flooded planets hurtle by as he enters into his uncontrollable imagination. Another dream -- a kind of memory presented as a black and white film, recalls Tanek introducing a space-travel device to Anna, but somehow her strange arm ignites the device, banishing Tanek into the future. With psychological blocks and diversions, the dreamlike story now finds Tanek inside a massive clock trying to get to a train station. Tanek suffers the anxiety of being late (chronophobia, allegrophobia), and this is expressed in a second film within the film: a recollection of the day his step-father blew off Anna's arm when Tanek was late for an experiment. Tanek sees Anna at a station, but now she is with another man, Tanek's doppelgänger. There is something askew about this world: the characters are rendered as black and white cartoon versions of themselves.

After following the doppelgänger along dark city streets, Tanek finds himself in a house in which he might have once lived. There, Tanek confronts a terrifying memory from childhood of a time (or times) his uncle locked him in the closet. The dream-like narrative soon turns to nightmare, with Anna at various moments trapped within a zoetrope, lost in a clock and embracing the doppelgänger. Tanek fantasizes the slaughter of the stepfather who destroyed her arm. The nightmarish sequence includes music elements based on the sounds of a speaking clock gone wrong mixed with 1920's-styled dance music. Along with his anxiety of being late, Tanek suffers a fear of darkness (nyctophobia). As the nightmare continues, the imagery spirals into dark tunnels (filmed in Nazi-built tunnels on the Polish-German border). Anna, Tanek and the doppelgänger pursue each other until they arrive in a large, barroom space in an old factory where a strange woman, played by Joanna Freszel, sings about mutation.

Modeled on Percy Shelley's lyrical drama, Prometheus Unbound, the musical performance arrests the action. However, when the song ends and the building collapses, Tanek must overcome fear of his own death to save Anna and save the world. Or perhaps he is killed, and the rest of the film is nothing more than a dying man's fantasy. Back in the observatory, Tanek finds Anna and the doppelgänger, and in a repeat of the earlier accident involving Anna's arm, now the doppelgänger is sent hurtling through space and time. Anna and Tanek embrace and prepare for their own journey home moments before the Earth implodes. The voyage takes them into a wormhole. A train passes. The station is empty as if perhaps the anxieties of love and time were resolved or as if the entire cinematic experience was nothing but a fantasy of someone waiting for a train, the way a few long minutes in one's imagination can open into worlds driven by the strange manifestations of love, desire, anger and fear. 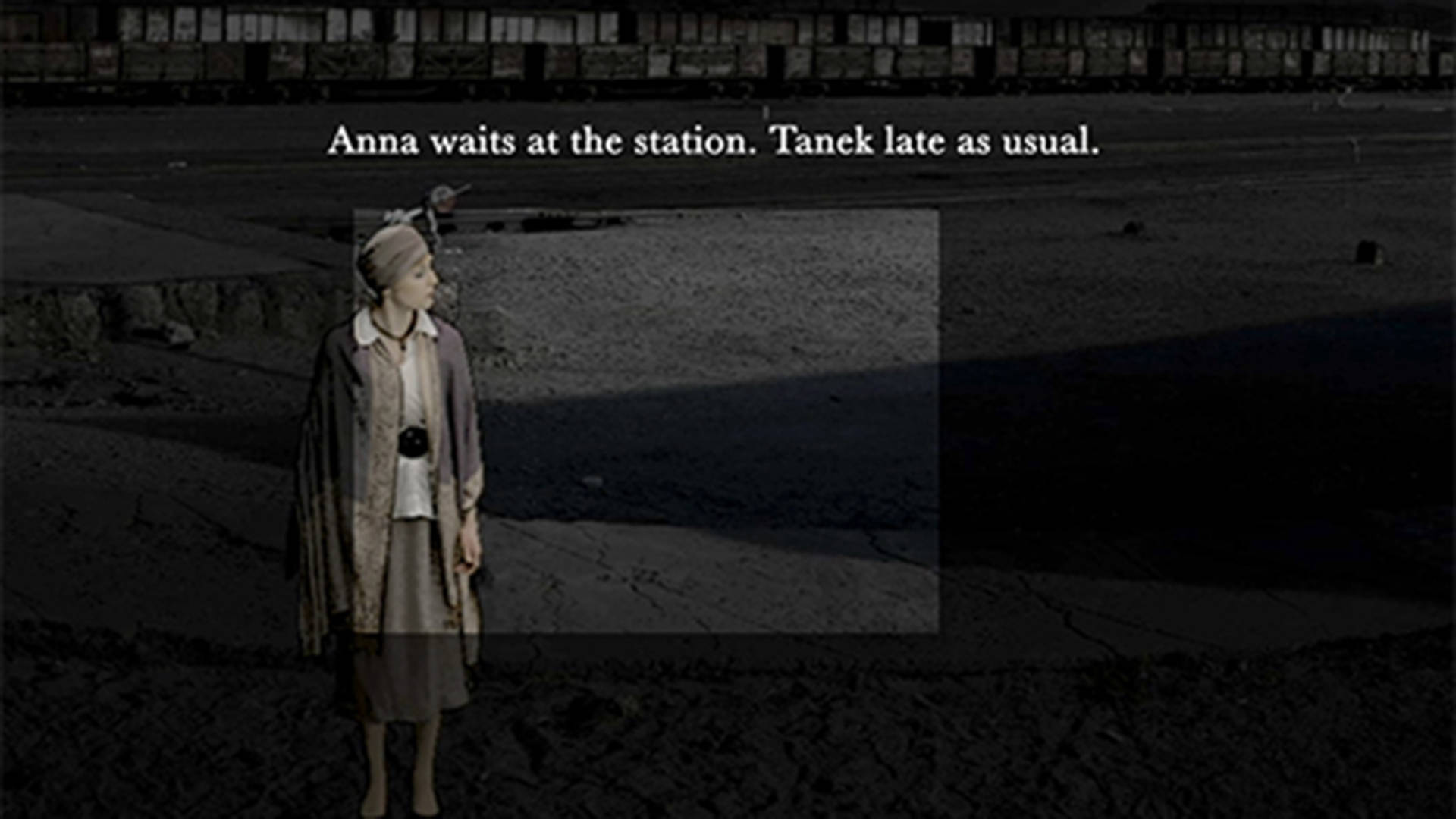 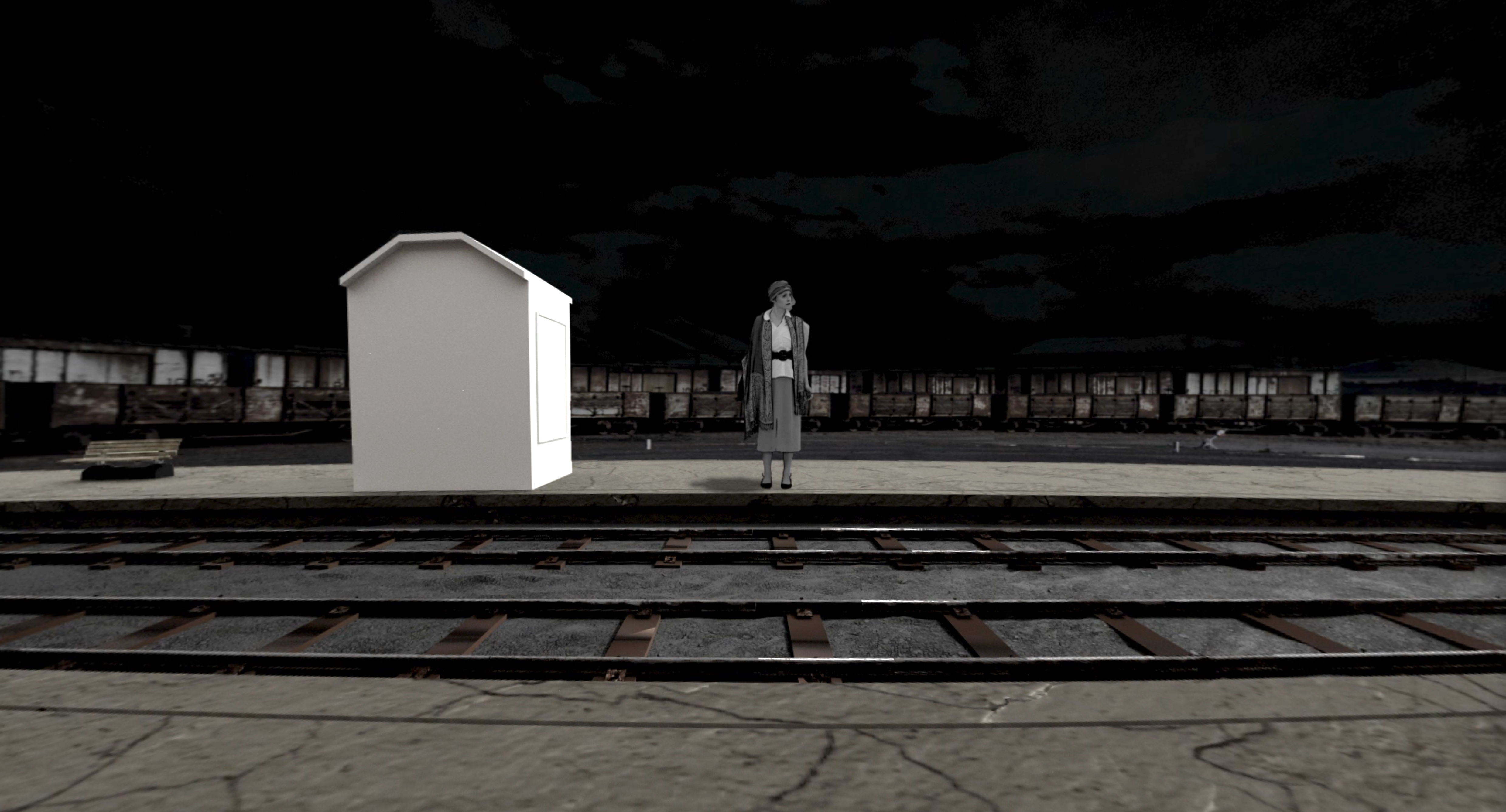 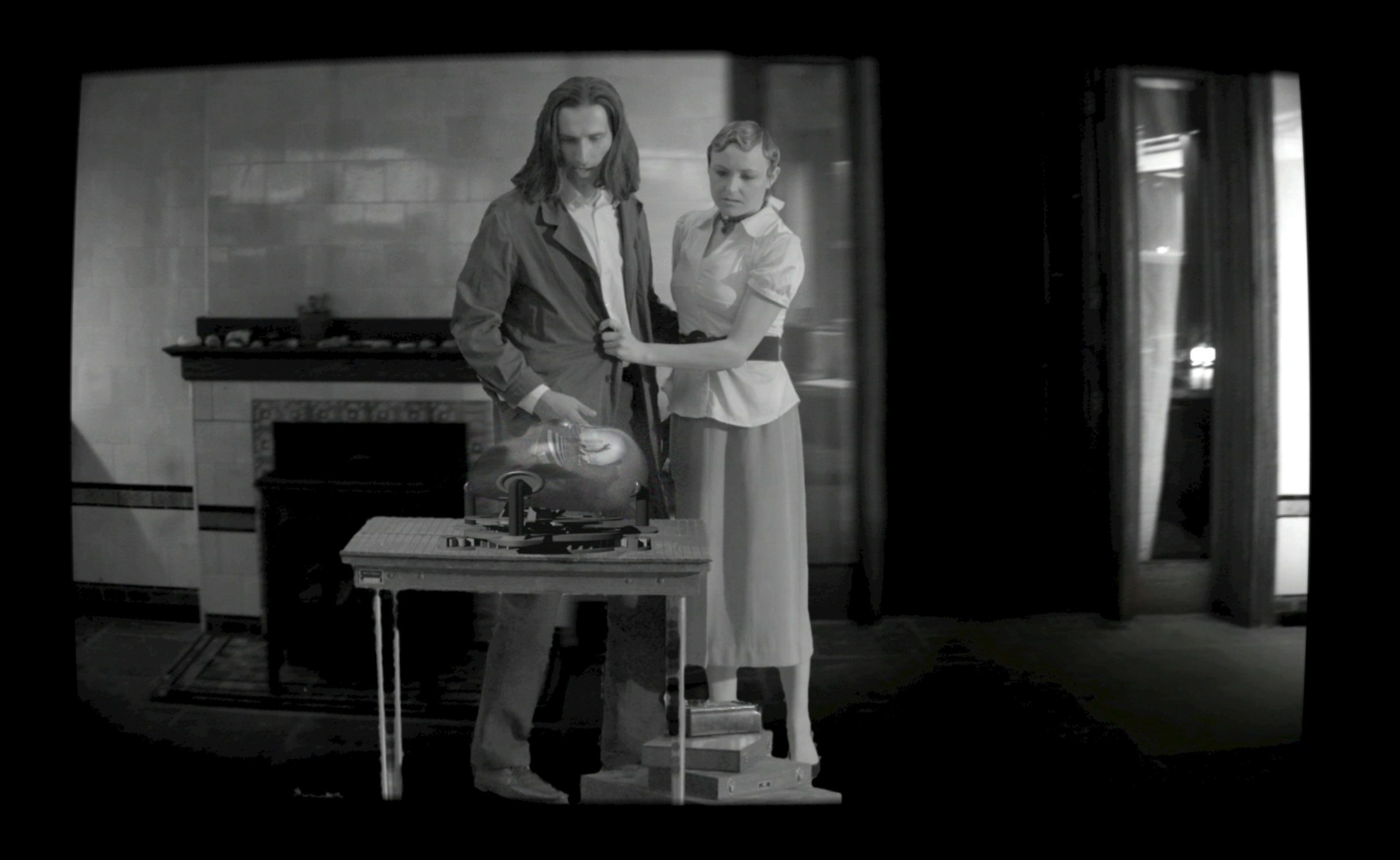 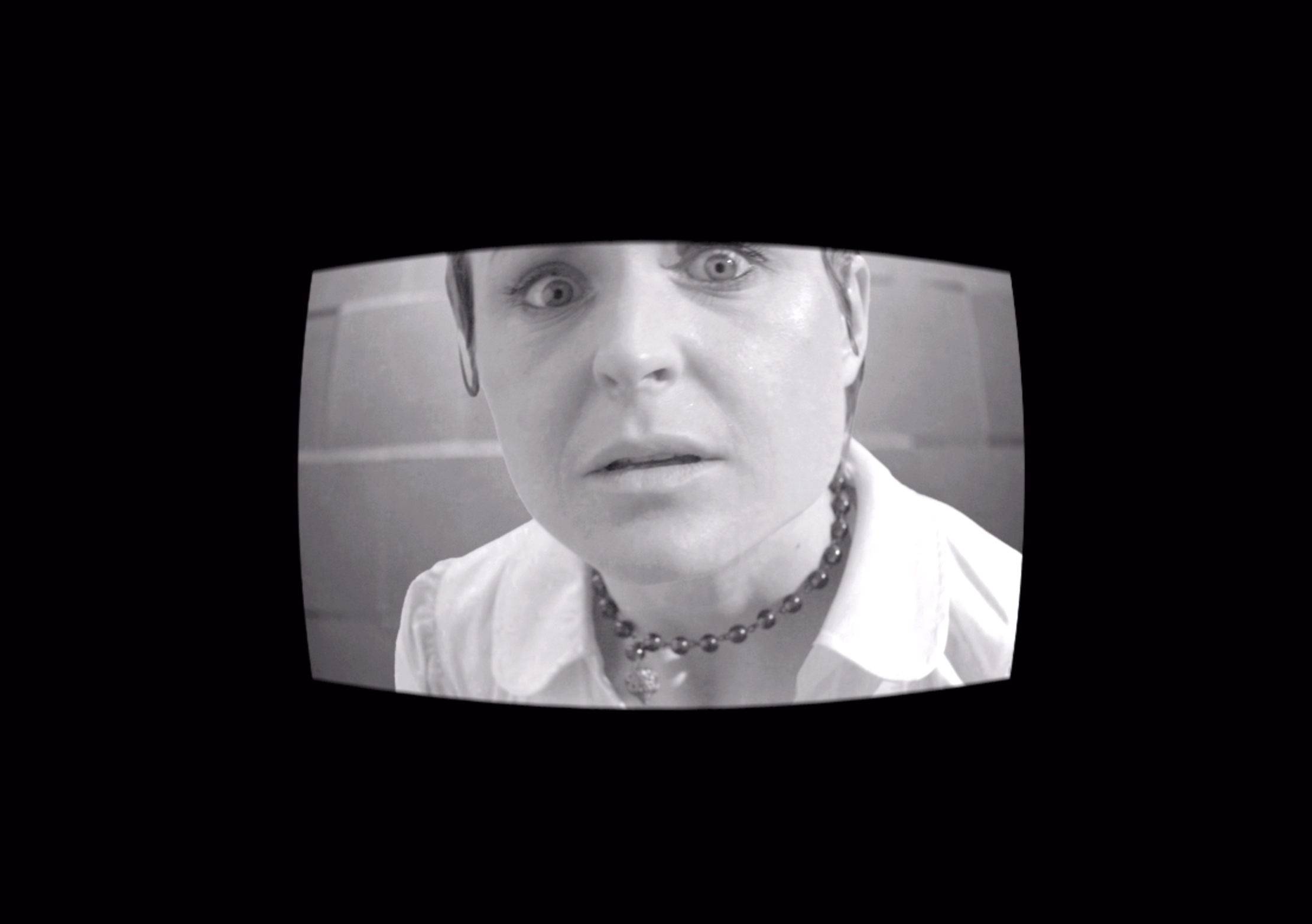 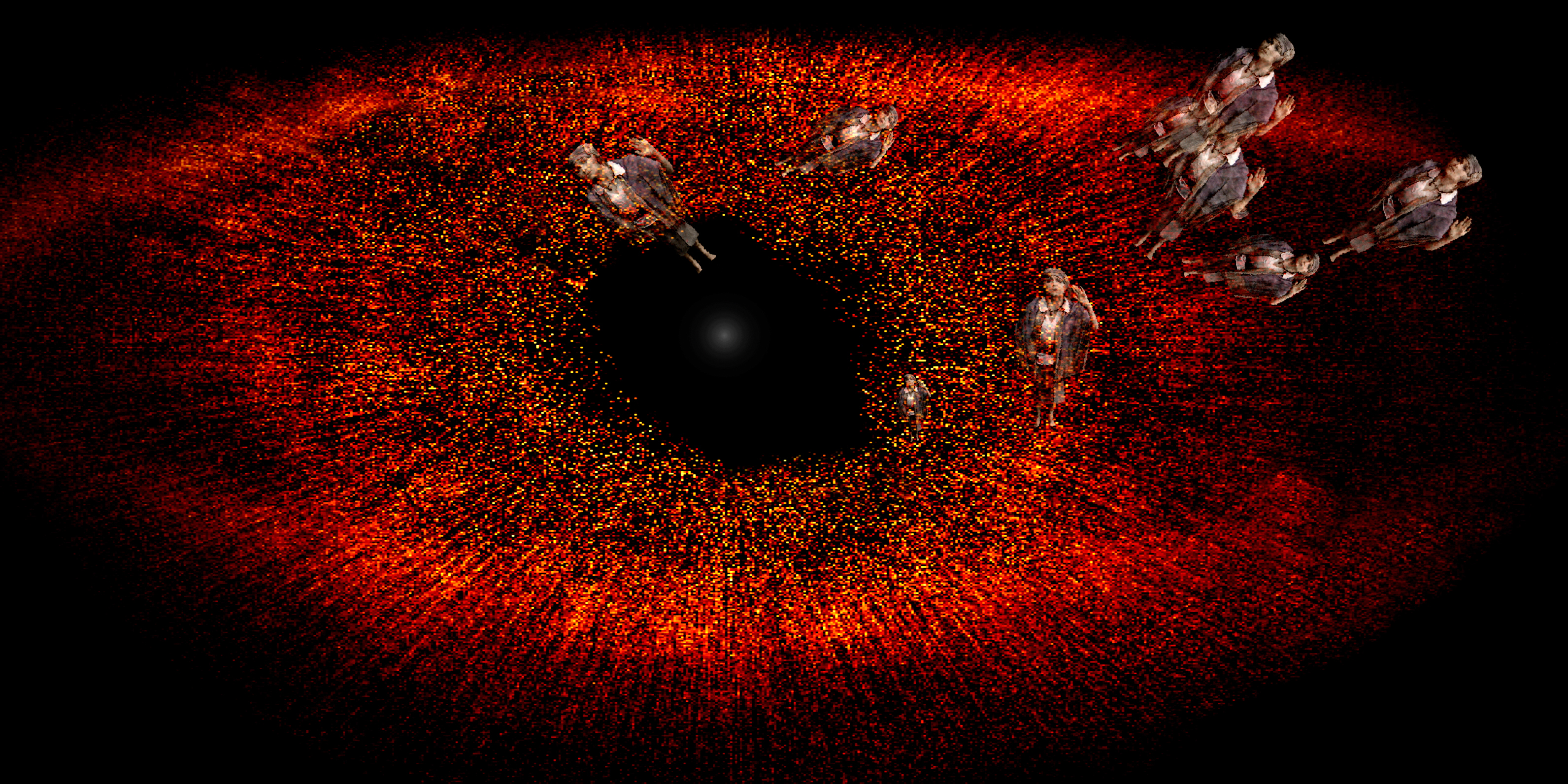 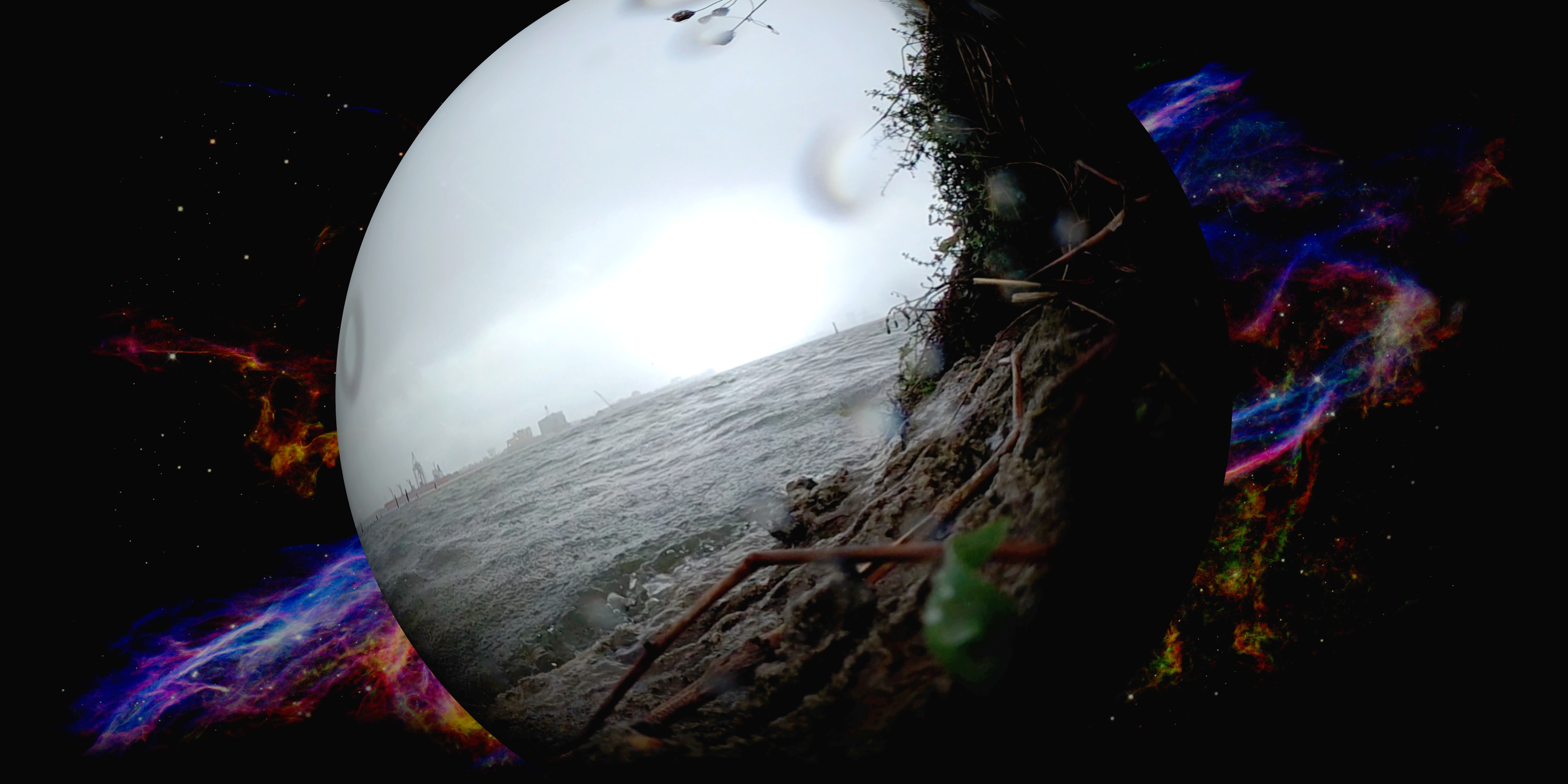 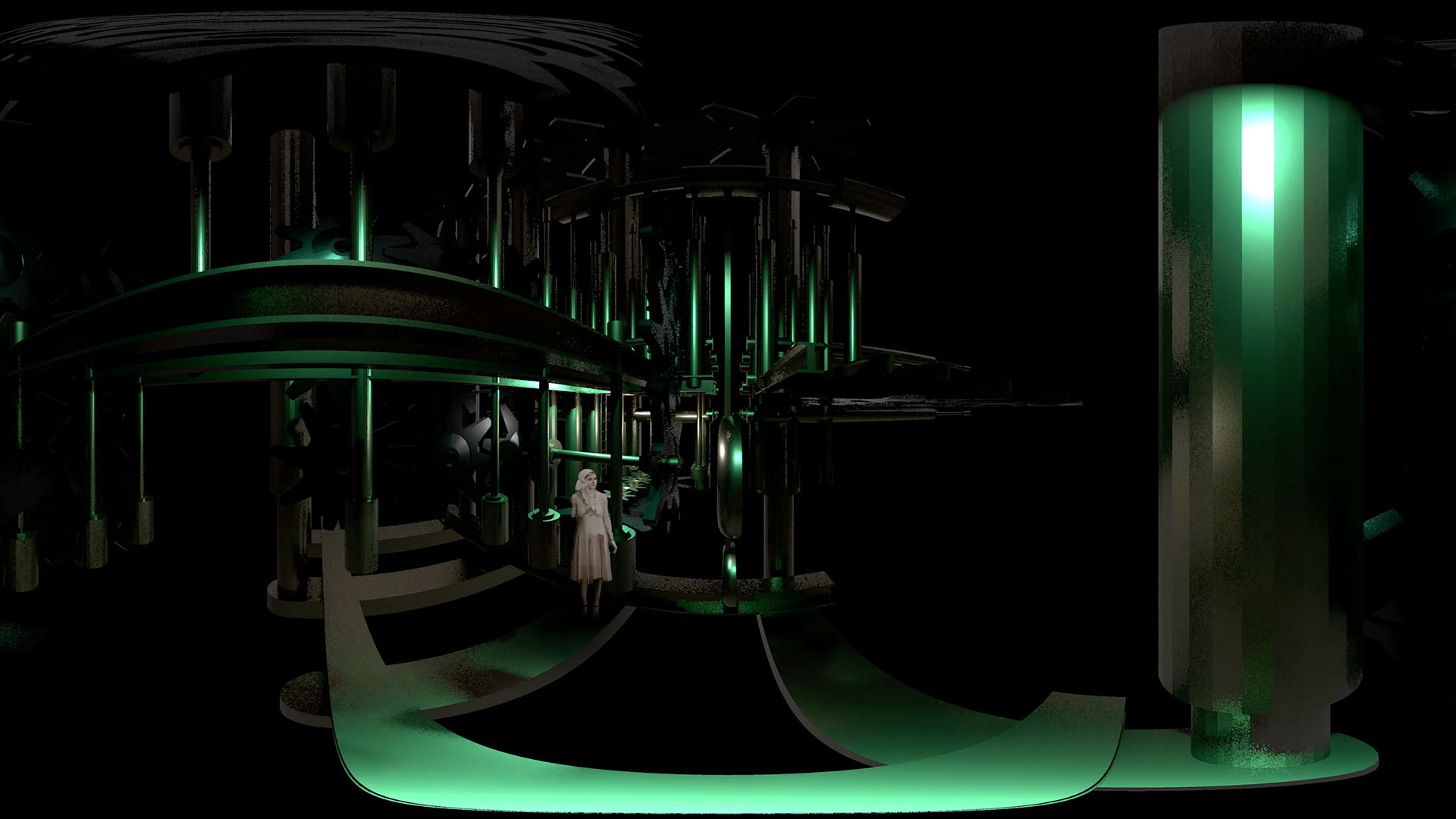 Five songs were at the center of design. The songs hold essential roles in the movement of the story, which is driven my emotional tensions and unseen forces rather than rational thought. Several experimental approaches were used. For example, some of the songs and connecting elements were imagined as potential parts of a combinatory system, driven by algorithms that might shuffle sounds, images and even whole scenes. In such systems, no two versions are the same. Although, in the end, we did not use an algorithmic system, the combinatory concept shaped the creative approach and logic. Second, we decided to record the script in advance of shooting the film. This decision enhanced a creative freedom and allowed for lots of play between dialog, images and sounds. The result disconnect between voice and image is evocative of early film and radio drama, and the approach is also similar to a workflow frequently used in animation.

The lyrical elements -- songs and poetically constructed vocal sequences -- provide psychological and emotional expression. For example, the opening tone is partially created through distant marine weather reports that fade in and out. The reports echo Tanek's psychological state of anxiety and confusion. An early report announces:

This play on technology, psychology and story unfolds more elaborately in "The Time Song". This music sequence focuses on the speaking clock, a 20th Century technology with which an individual could dial a telephone number to hear a mechanical voice telling the current time. In this version, based on a text by Deb Olin Unferth, the speaking clock is a technology gone wrong. In its terrifyingly insistent, forward motion, its language exposes an aggression and chaos that reflect Tanek's inner anxieties. The clock implodes in its attempt to fulfil the structure to which it is programed. Here is a small excerpt:

In the spirit of silent film, the film also includes many intertitles. These are sometimes written, sometimes spoken or sometimes both written and spoken. The narrator's feminine voice becomes an additional character in the narrative, teasing Tanek and egging him along. Here is a sample in which Tanek makes his first attempt to travel through dreams:

Narration #9, title and voice: The only way to send a message to Anna is through a Dream.

Narration #10, title and voice: Send a dream to Anna to meet at the station! Wasn’t she meant to meet him there before - So hard to remember

The voice actors (Emily Albrink, Katherine Calcamuggio, Chad Sloan and Jesse Donner) all have primary careers as music vocalists in opera and related forms. Their skills made it easier to transition between the spoken word and songs.

"Storytelling in VR, CAVES and other emerging forms: An interview with Roderick Coover by Katarzyna Boratyn" in IMAGES Vol. XXIII no.32. Read PDF...

Still images from The Key To Time, including production photos, stills and dome images. Learn more...